We're accepting guest post contributions. Submit your article for consideration and become an author of this great community.

Quo Vadis V Montreal 2013 is an International Polish Youth Leadership Conference which will be held in Montreal from August 16th to 18th, 2013.

This year’s theme is “Connecting Cultures”, meaning the connection of Polish youth with different cultural backgrounds within existing local, national and international communities.

The conference will provide students and young professionals, aged 18-35, the opportunity to develop leadership qualities, gain an appreciation for Polish heritage and discuss ways to contribute to Canadian society by strengthening the communities that we live in.

This conference is being organized by PISK Montreal, a networking platform for the fifth edition of the conference, which aims to build and strengthen Polonia networks globally, teach delegates the best practices of experienced leaders, as well as practical skills in public relations, conflict resolution and integration. It will play an important role in continuing the momentum from Quo Vadis V Montreal 2013 within Polonia, going forward.

Quo Vadis V Montreal 2013 has focused its efforts on attaining the following objectives:

Quo Vadis V Montreal is a celebration of what we have achieved together as Polonia and what we are determined to achieve in the upcoming years.

Quo Vadis is an annual congregation of college and graduate students as well as young professionals aimed at creating a sustainable world-wide network of young members of the Polish Diaspora.

The Quo Vadis conference series originated in Canada when a group of several students at the University of Ottawa decided to put this idea into action in 2009.

The main aim of this project is to unify and strengthen local communities as well as create networking opportunities through discussions, lectures, and panels on leadership, heritage and the future of our Diaspora.

In the last four years, there have been five editions of Quo Vadis in Canada and the United States, which have attracted delegates from all corners of the North American continent, as well as Europe and Australia. The Quo Vadis network alone is already 500 alumni strong; in 2013 there will be three conferences: Montreal, Canada; New Britain, Connecticut, USA; and Sydney, Australia. 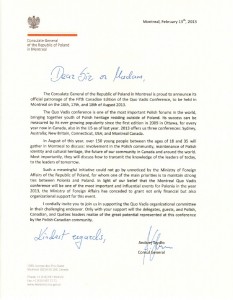 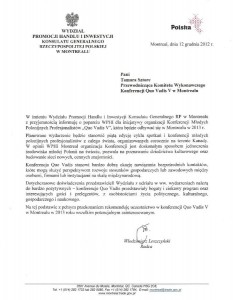 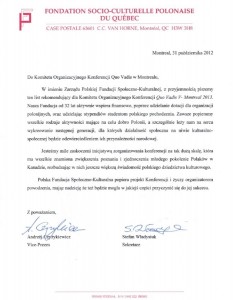 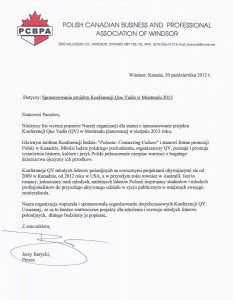 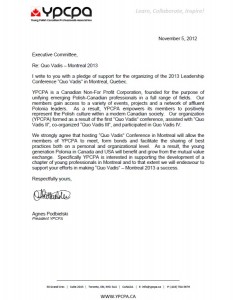 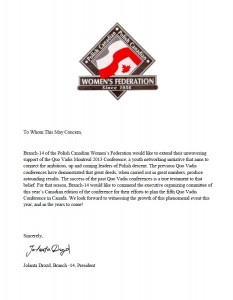 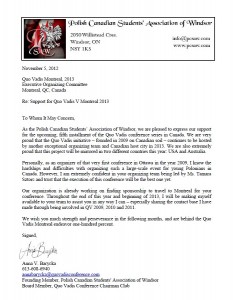 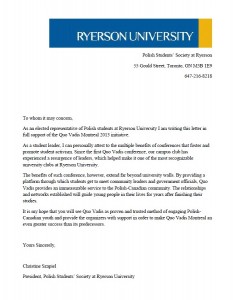 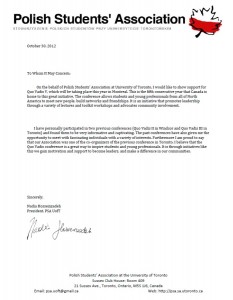